Showing posts from September, 2014
Show all

Our Life in Letters 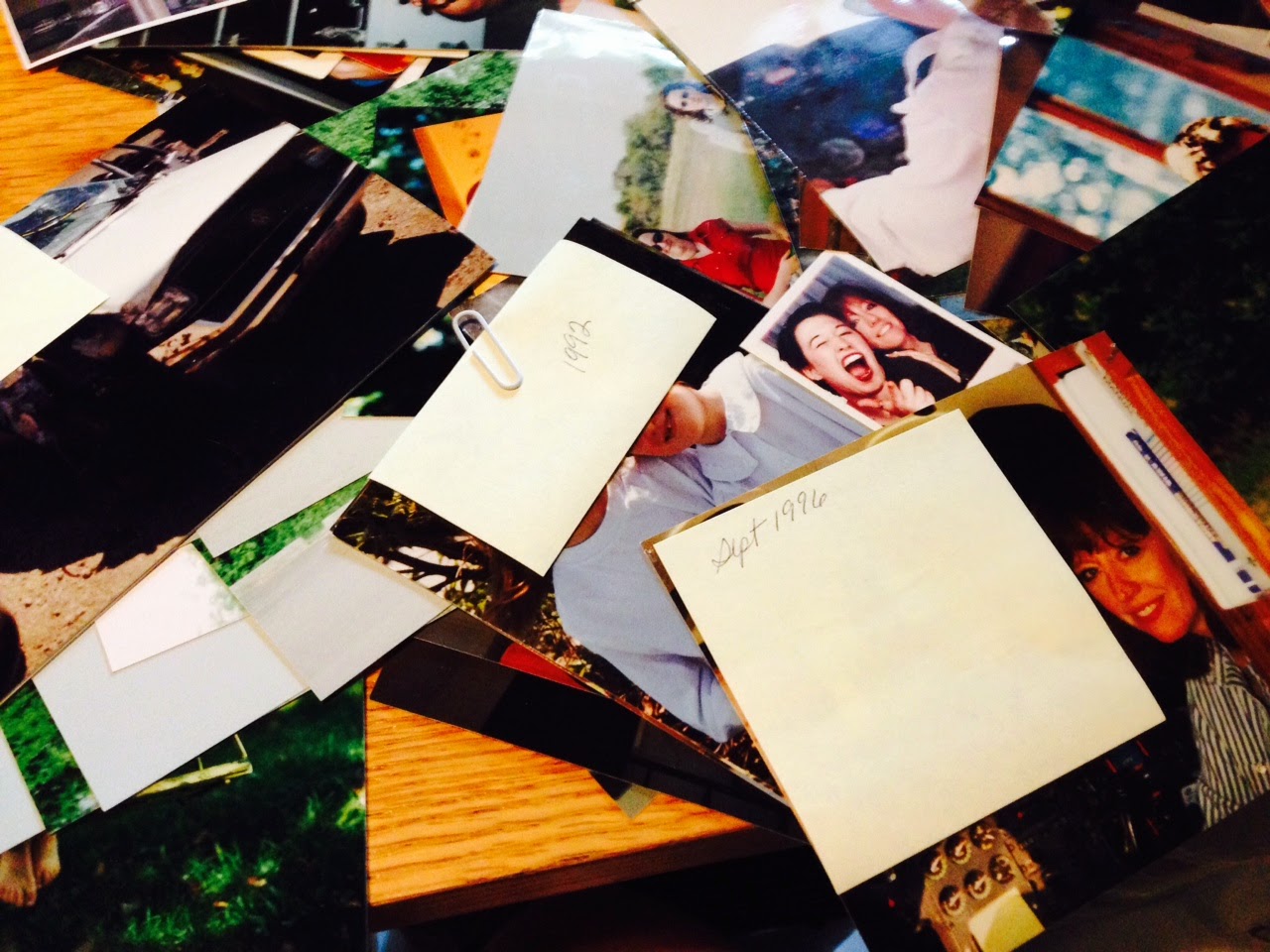 About two weeks ago I was looking through paint samples at Lowe's. We've been in this house for seven and a half years and for seven and a half of those years, I've wanted to change the paint color in the library from pool-hall parlor red to something else. Something that wouldn't require I wear a lighted miner's helmet just to see the books on the shelves.  But before I paint, I have to empty those bookshelves. Eight shelves, seven of which are close to seven feet tall, are filled with books. Three of the shelves are topped with twenty-two full photo albums and two have five photo boxes full of photos to be sorted. Then there are letters and cards... I'm an orderly person but over the years have found stray photos or duplicates left by the kids as they moved away. I can't throw them away and so into a box they go until I've the time to figure out which decade and to which volume of these albums they belong. Dad didn't leave  much when
1 comment
Read more 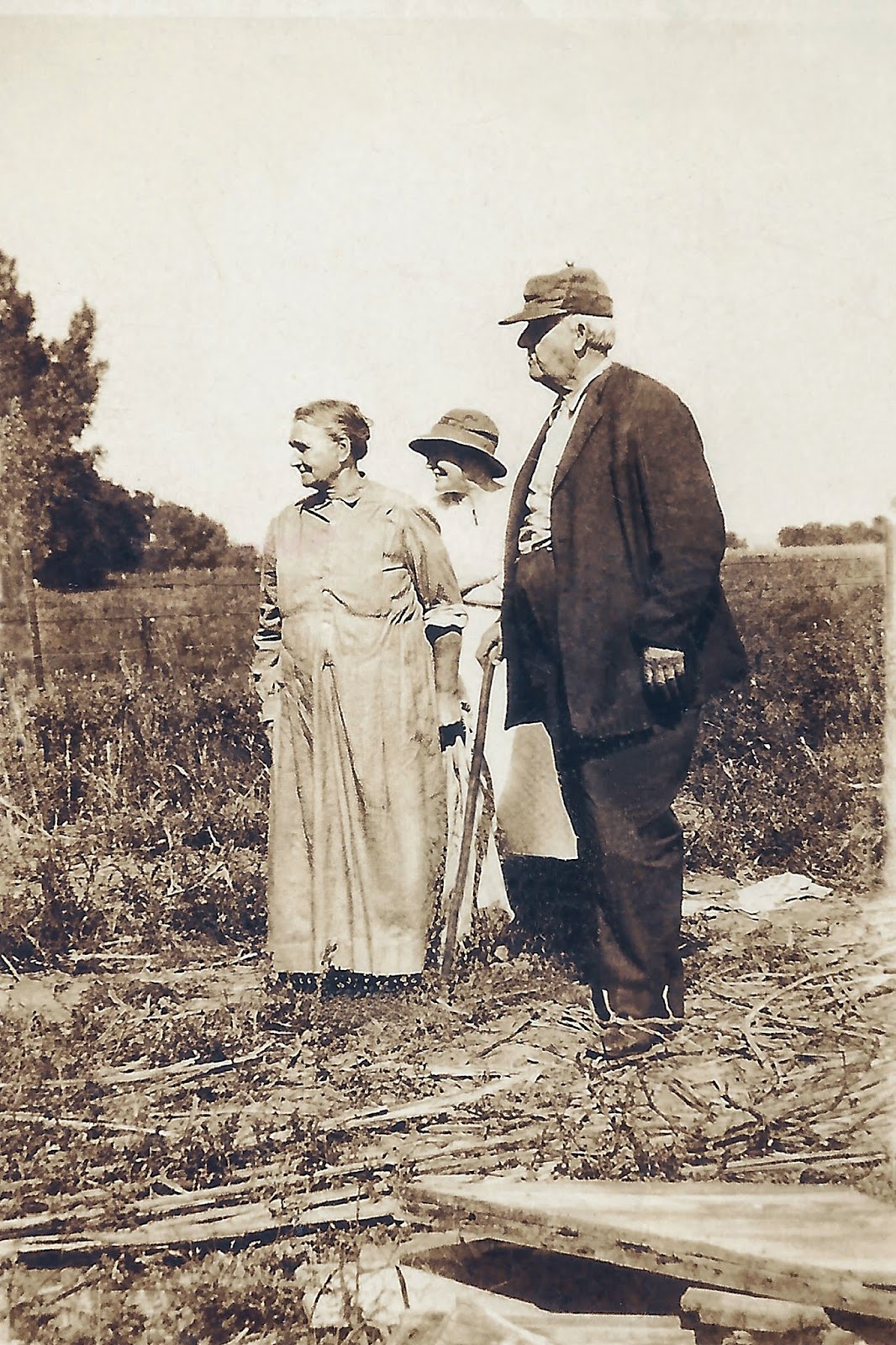 Millie Tucker Pigg and John Madison Pigg abt 1920 In the months before she died, my mother started documenting old stories on any scrap of paper available. Going through her things, I found notes scrawled on the back of electric bills, notes on tablets and detailed notes on the back of cards and photographs. Boxes of photographs. Those that had belonged to my grandmother were separated in a yellow manila envelope along with embroidered handkerchiefs, dried flowers and a love letter written to my second great grandfather John Madison Pigg by Miss Lucy Davis of Missouri City, Clay County, Missouri. The year was 1864 and John had opted to join the Pony Express in Idaho rather than fighting his friends and relatives in the war between the states. He was eighteen. September the 15 th 1864 Clay County, Missouri Mr. John Pigg Dear Johny, I received your kind epistle this day three weeks ago and would have responded before this but have had so much trouble that I could
Post a Comment
Read more

September 04, 2014
I killed a snake yesterday. Its long, black diamond-stamped body coiled in ropes on the deck railing I was staining. The dogs alerted me to its presence by saying nothing -- noses pointed they stood like stone carvings at watch. I set my paint brush across the can, motioned the dogs into the house and retrieved a long-handled linoleum scraper from the lean-to. The snake watched from the deck, its belly rippling a mouse-sized bulge to the center of the coil. A great white mouth opened with malice as it adjusted the shifting mouse weight. That's probably why it didn't move when I returned with the linoleum scraper, I reasoned. Snakes don't die easily. Although it was the right thing to do, killing anything is unnerving and like the dogs I circled the ghost on the railing long after the carcass had been tossed into the woods for scavengers. Courtney video called and the sight of Tucker's two-year old smile as he shuffled in and out of view a thousand miles away clear
8 comments
Read more
More posts