Posted by Donna Hanson on July 21, 2020
On January 8, 1960, I was 6 years and 2 months old. My parents were married, living in Fremont, California and I was in the second semester of the second grade at Chadborne Elementry School.  We belonged to a country club. I had two brothers: Gary (3) and Donnie (1). My dog's name was Horse and I had two dolls that I loved: MaryAnne and Sharon. I had flaming red curly hair, bright blue eyes, and made up songs to sing to Micky Mouse as Horse and I roamed the neighborhood. Our home was happy.
In September of 1961, my dad went to work as I roller-skated on the sidewalk in front of our house on Porter Street in Freemont. He never came home. My mother was devastated; my brothers and I were lost. I found a picture of my father taken at a bowling alley, all smiles in his team shirt with his right arm swung back in the perfect pose for a strike. I taped the picture to the door frame of my bedroom and cried. In January he remarried, living in Texas with a new wife, a new house, and an 11-year old stepdaughter. By December that same year, I had a new brother and another the following September.

What is it that marks the passage of time in our lives? Oftentimes, I think about the music we listened to or the movies we liked. Rock concerts, football games, and school activities usually make the list. When my dad died, my brother Don and I were with him at the hospice center. He had slipped into a coma and no longer responded when I rubbed his hand or brushed his hair from his face. I hoped he could hear the stories I shared. Don said that he didn't remember the stories which made me sad. I did, which made me sadder still.
My father's deep baritone voice carried lyrics behind the standard beat of the tune. He loved to dance. He loved Christmas, our living room floor alight with colored bulbs, tinsel, and packages he'd pass to every child waiting till the last gift was opened and inspected before he opened his own. He loved to travel, but only in the continental states. I remember long road trips to the Grand Canyon, the Continental Divide, Tahoe, Denver, and shorter trips just to drive through the mountains on a Sunday afternoon. He loved babies and cats and had the patience of Job with both. He loved pancakes and meatloaf and hated lobster. He took his gin straight and smoked two packs of cigarettes a day. I don't remember ever hearing him swear or yell but when he was angry, the tone of his voice would lower an entire register and he would enunciate...every...word.
It's hard to imagine that I would block an entire decade, but what I remember about the 1960s is food, most notably were Fizzies. More akin to Alka-Seltzer than a candy, Fizzies were sold as a saccharin-based, and so healthier than sugar, kid's soft drink. We would skip the glass of water pop them directly in our mouths, and laugh at the purple, orange, and pink explosions that ensued.
Pop-Tarts, Doritos, Pringles, Fruit Loops, and Fritos were all the rage, but nothing could beat a .50 cent cheeseburger, fries, and cherry Coke at Skillern's while shopping for school supplies or before catching the streetcar to go downtown. 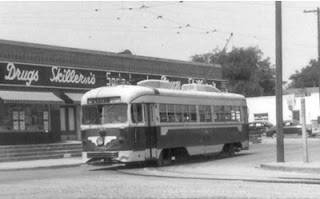 In 1968, I started high school as a sophomore at Sunset High School in Oak Cliff, a suburb of Dallas. If I have fond memories of my childhood, it would be here where I lived for the drama club, football games, and my friends, Pam, Judy, and Gay. Here where we prepared for one-act play competitions, here where we yelled at the top of our lungs every Friday morning during pep rallies, where we cheered on our sports teams, where we learned and loved and laughed and developed friends who helped us mold who we would become, and who celebrated our failures and successes with an equal measure of love and respect.  I'll close the decade with some photos from my high school yearbook, and eternal thanks to my friends and the faculty and staff of Sunset High School because when I think about my childhood, it's you who make me smile. 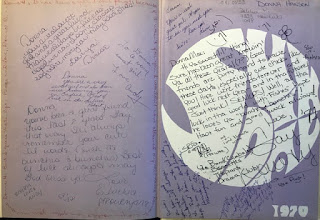 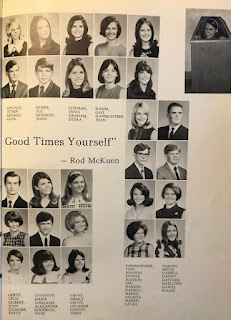 On September 26th, the first presidential debate is broadcast on network TV and radio. John F. Kennedy defeats Republican Richard Nixon to win the US Presidential Election.
The United States sends 3,500 troops to Vietnam.
TIROS-1, the first weather satellite is launched by the US.
The birth control pill is developed and distributed to married women (it wouldn't be available to single women widely until 1965).
The first sit-in protests against segregation are held by a group of students at the Woolworth in Greensboro, NC.

Soviet Cosmonaut Yur Gagarin became the first person in space. One month later, Alan Shepard becomes the first American in space.
Construction on the Berlin Wall begins in an effort to separate East and West Berlin.
President Kennedy warns citizens to be ready for a nuclear attack and to build family bomb shelters.
The Bay of Pigs invasion is an unsuccessful US-backed operation to overthrow Fidel Castro in Cuba.

The Beatles released their first single, "Love Me Do," in the United Kingdom.

President John F. Kennedy is assassinated by Lee Harvey Oswald.
Martin Luther King, Jr. gives his famous "I Have a Dream" speech during the Civil Rights March on Washington to an audience of 250,000 in front of the Lincoln Memorial.
The United States begins to use Zip Codes.
Betty Friedan launches the feminist movement.
The Women's Equal Pay Act passes (but to this day, isn't universally adopted).

President Johnson signs the Medicare Bill which establishes a health program for the elderly, and the Voting Rights Act to end discrimination at the polls.
Cosmonaut Alexksei Leonov becomes the first person to perform a spacewalk.
Martin Luther King, Jr leads a peaceful civil rights march from Selma to Montgomery in Alabama.
Reporter Michael Fallen introduces the term "hippie" in a series of stories for the San Francisco Examiner.

The first episode of "Star Trek" airs on national TV.
The Soviet Union's Luna 9 unmanned spacecraft lands on the Moon.
The National Organization for Women (NOW) is founded to bring women into full participation in the mainstream of American Society.

Thurgood Marshall becomes the first African-American to be appointed to the Supreme Court.
Texas Instruments releases the first portable calculator.
The Summer of Love erupts in San Francisco's Haight-Ashbury neighborhood.

Neil Armstrong and Buzz Aldrin become the first men to walk on the Moon as part of the Apollo 11 mission.
An estimated 400,000 people gather for a three-day music festival on Max Yasgur's dairy farm in Woodstock, New York.
The first computer transmission is carried by ARPANET at 10:30 PM on October 29 from a host computer at UCLA to another host computer at Stanford University.
Judy Garland's funeral attracts gay mourners to the Stonewall Tavern in New York. When an altercation with the police breaks out, the Gay Liberation Movement is born.
Native Americans occupy Alcatraz island, inspiring a Native movement.